Butt in seat – now what?

The most oft-heard advice for would-be writers is, “Put your butt in the chair and do the work.” It sounds simple, doesn’t it? But what happens when you put your butt in the chair and your mind remains blank? NaNoWriMo (National Novel Writing Month) challenges writers to crank out 50,000 words during the month of November. I’ve written about this before, so rather than bore you with it again, I’ll just point you to that post so you can refresh your memory. Go ahead, I’ll wait.

When I wrote that post, three years ago, my imagination was all fired up and I was a writing machine. I’ve completed NaNoWriMo four times and each time I’ve emerged with content that I liked enough to continue working with it until it evolved into a passable manuscript. Last year, when NaNoWriMo rolled around, I was struggling to complete one of those manuscripts and my critique group convinced me that my time would be better spent finishing it, rather than creating yet another work-in-progress. I ended up frittering away the month and doing neither.

This year I was determined not to let November pass by without giving NaNoWriMo my best effort. It’s early days yet, but I’ve reached the conclusion that my best efforts are not going to be enough. I don’t have it in me. And when I say “it” I mean anything. During NaNoWriMo, if you’re stuck, you’re encouraged to type any words you can think up until you get your mojo back. No word source is forbidden; if you have to copy the phone book, go for it. I applaud that approach in concept and happily began the month without a plot in mind, instead, I captured my thoughts and feelings about what was going on in my life, whatever was top of mind at the moment I began to write. But it didn’t take long for me to lose my stomach for that exercise.

It’s not that there isn’t anything to say, quite the contrary. Life has been emotionally rich (not in a good way) and working overtime to provide me with great stories. My father’s been ill, my mom’s been ill, and at the same time, my boy cat, Boo, had to spend some time in the hospital. He came home and spent another few weeks with us before we finally put him to sleep a few days ago. Somewhere in there I had a fight with my sister. I apologized via email. She refused to accept my apology. (Tell me that that situation isn’t ripe with story potential.)

So you see, my problem is not a dearth of thoughts, or feelings, or events. My problem is that whatever inner mechanism turns those things into energy to run the creative engine is broken. I can put my butt in the seat, but I can’t do the work. Maybe when my parents’ situation stabilizes, and my daughter’s college applications are done, and I’m finished mourning the loss of my Boo-cat, the creative engine will kick back into gear. 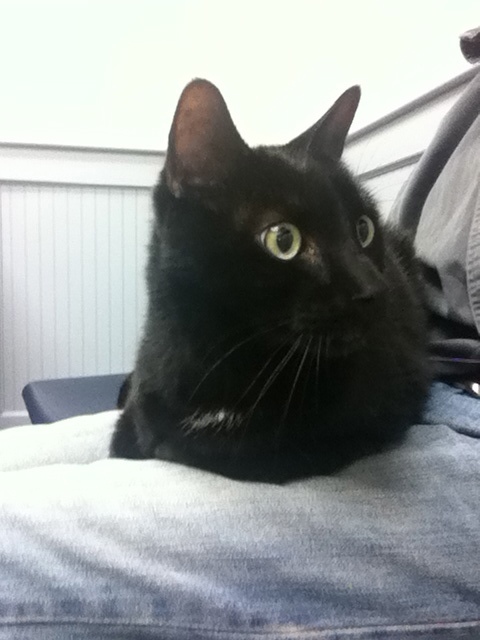