Who hasn’t thought about suicide?

Every time someone famous kills themselves, editorials and blog posts spring up cautioning us all to keep an eye out for our friends’ mental health. I read one post that I thought was particularly interesting because it discussed the difference between everyday depression, with a small d, the kind we all experience when things aren’t going our way, and clinical Depression, with a big D, where no amount of good fortune will make the person feel better because their brain doesn’t act like (dare I say) a normal one. Unfortunately, as the writer pointed out, we only have the one word for all that, depressed.

I hate to pile on with a me too (not the kind with the hash tag, thank you Michelle Wolf), but I’m depressed, too. Not the big D kind, as far as I know, but that’s the problem with depression, how do you know? Years ago I was diagnosed with anxiety, which we all know is a kissing cousin to the big D, and I often wonder, if I tipped over into Depression, how would I know?

I’ve had years of therapy (and as you know, I’m a big booster). I learned an awful lot about myself and was a good enough student to put into practice what I was learning. Once upon a time, the only emotional response readily accessible to me was anger. You can imagine how difficult that was for family and other intimates. Now I have a full range of emotions at my fingertips and can tell the difference between them. The only one I continue to scratch my head over is depression (if you’ll grant me the latitude to call depression an emotion.)

I know people who suffer from the big D, so if I slip and say, “I’m depressed,” I’ll usually add, “not depressed depressed, just, you know, depressed,” so I don’t worry anyone, and then I feel guilty, because after all, I’m not Depressed so what do I have to complain about?

Occasionally, I’ve gone as far as to indulge in suicidal ideation. Don’t panic or jump to conclusions, here. It’s a fact that people who indulge in suicidal ideation (suicidal thoughts for those less inclined to show off their vocabularies) are not necessarily going to kill themselves. Most, I’d hazard a guess, do not, which is to say, lots of people think about it, but if they haven’t gotten as far as a plan there’s probably nothing to worry about. Probably. So how do you know when to worry? That’s a real question; I have no idea.

The point I’m trying to make is that I’d like to be able to reclaim the word depressed. I don’t want to feel guilty when I use it, because, dammit, I’m depressed! My father died last November, I broke my shoulder in January, I work out of my home and need to actively create reasons to leave. I worry about my mother who is now on her own and everyone else in my meshuggeneh family. I’d be crazy not to be depressed.

In which case, as Emily Litella used to say on Saturday Night Live, never mind. 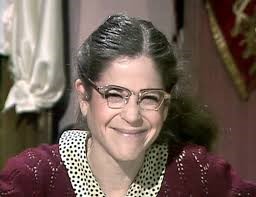