The cat loved her person, as much as a cat is capable of love. Rescued from a shelter at barely three months old and promptly renamed Princess, she had lived a comfortable, indoor life for more than eight years.

If Princess could talk, she would tell you that she was content with her routine. Her person came downstairs every morning at 7:30am, and filled Princess’ bowl with food, after which, driven by Princess’ demands, they went to the cabinet, and took out the bag of treats. Satisfied that she was still in control, Princess snarfed down her treat and then ate her breakfast. 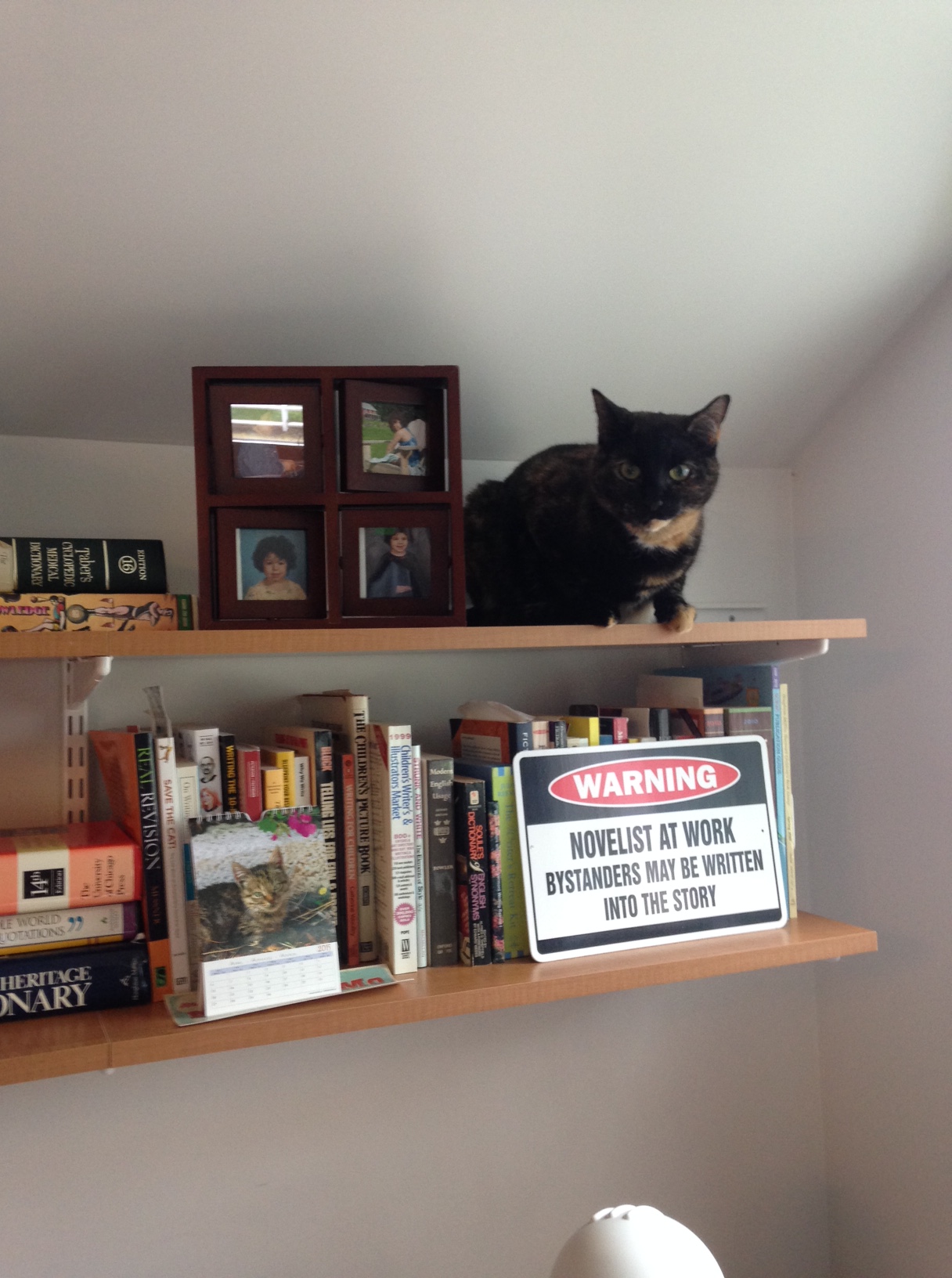 While her human ate, Princess sat on the kitchen table, watching them. She wandered around a little, sniffed at the food on the human’s plate and made sure to twitch her tail into their face a few times. If Princess was feeling particularly loving, she’d put her paws on the human’s shoulders and stand there for a moment. With any encouragement, she’d climb up and hang out for a while.

When her human went to work, Princess did what she imagined most cats did, she slept and wandered around the house. She threatened the birds and squirrels outside her windows, visited her litter box, and batted at her toys, but mostly she slept.

When her human came home, it was dinner time. Princess ate her dinner, but left her human alone to enjoy theirs. After dinner, her human settled onto the couch and turned on the television. They tended to slump a bit so Princess was able to sprawl with her paws extended on their lap, luxuriating in the space.

Her human’s weekend schedule was unpredictable and that made Princess a little anxious. She did more wandering around the house and less sleeping on the weekends. But no matter the day, her human was in bed by 10pm with a book. Princess took full advantage of their prone position to knead their bottom. Once she was satiated, she settled down on her human’s back and went to sleep. When her human rolled over to turn out the light, Princess relocated to the foot of the bed.

And so it went, week in and week out, and Princess was content.

One evening, while they were watching television, her human gasped and put their hand to their chest. Princess was startled and jumped off, moving to a safe distance to watch. When nothing else happened, she climbed back onto her human and went back to sleep.

When Princess woke up, her human felt cold. Their color had changed. It was already morning and her human had never gone upstairs to bed. Princess hopped down and went to the cabinet to demand her treat. Her human didn’t come. Annoyed, Princess went to her bowl and ate the food that was left from last night’s dinner. Then she wandered around, chattered at some birds, used her litterbox, and took a nap.

Her human didn’t smell right. She poked at them and, getting no reaction, wandered away again.

When the human hadn’t gone to work for several days, their boss asked the police to do a wellness check. The police found Princess sitting on the coffee table in front of the sofa. The human’s eyes were gone.

Princess loved her person, as much as a cat is capable of love.